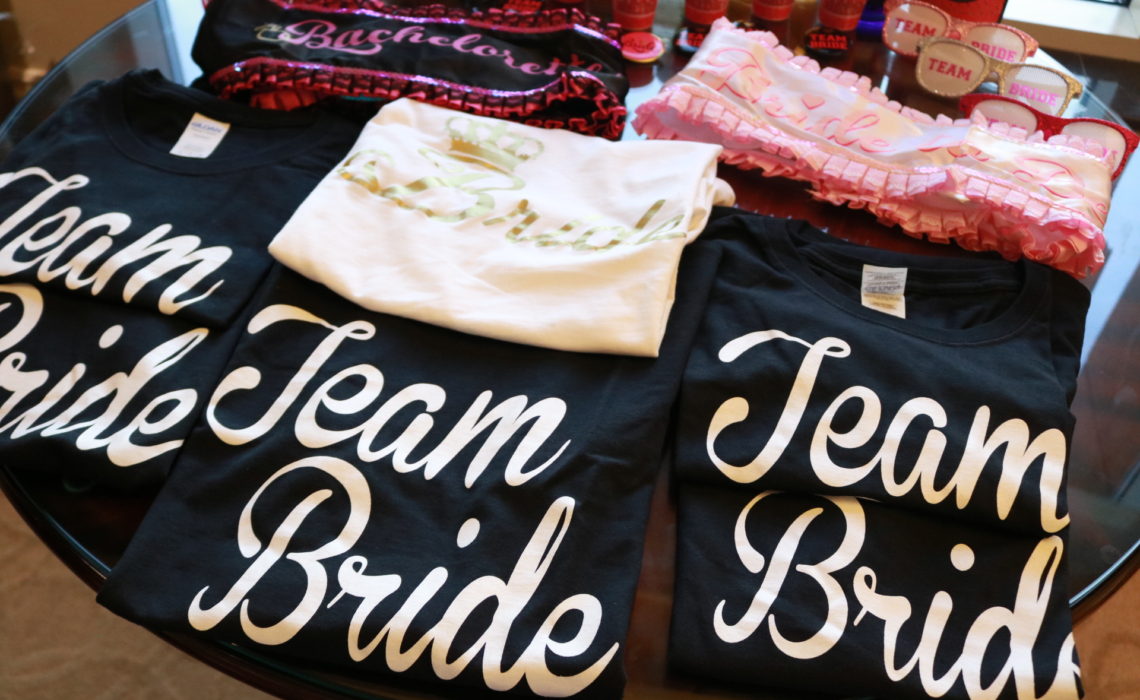 I am finally catching up on writing all my blogs about the various events and trips for this past month. One of the awesomest thing that I got to experience was my trip to “Vegas – The Sin City” for my friend ” Zanib Naveed” soon to be “Mrs. Zanib Shah’s” Bachelorette Weekend Getaway.  I would like to start with- OMG! It was hella lotta fun 🙂

First of all, a big shout-out to the one and only SPIRIT AIRLINES for such inexpensive tickets. I paid about 280 for the roundtrip including luggage. Yes, I could have used a little more room around my seats but hey I rather spend less money to get from Point A to point B and spend more doing something fun or shop pretty clothes, you know what I mean? Anyways the trip was for about 5 days for me whereas the other girls left in 4 days. We were a group of six girls and we all stayed at the Hotel Palazzo. 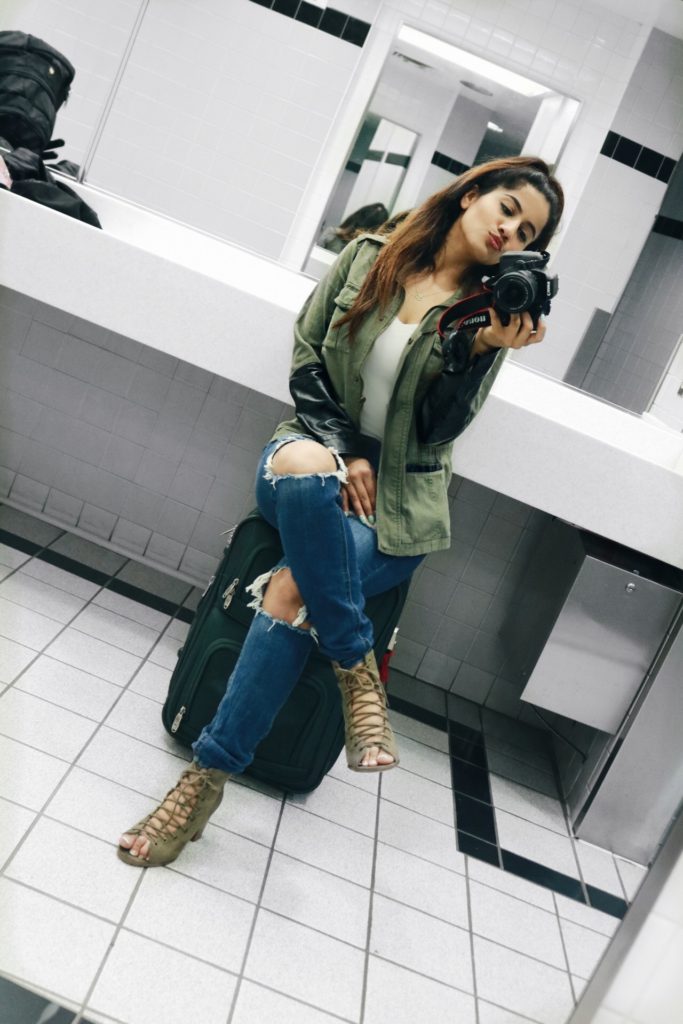 The first night when we all got there, we decided to walk around on the strip and keep it low key. I think we were just having to much fun in our suite. We had decorated a corner of the room with a bunch of Bachelorette decorations and flavors. Yes, of course, we were so proud of it that we stood around it for probably about an hour and took a million pictures on the first day itself. You know how us girls roll? I must say our “Bride to Be” looked beautiful in her pretty pink sash that said ” Bachelorette”  while we all rocked our funky glasses that said “Team Bride”. FYI- we could barely see through them! Haha.  We were all wearing our cute casual outfits at this point. We did get to see ” Volcano Show” on the strip which was pretty cool. We walked around the hotel,  which if you don’t know, one can take days to actually see everything at Palazzo- It’s Huge!! We ended the night by eating some good food at one of the restaurants at Palazzo or Venetian (Sorry I can’t remember the name). 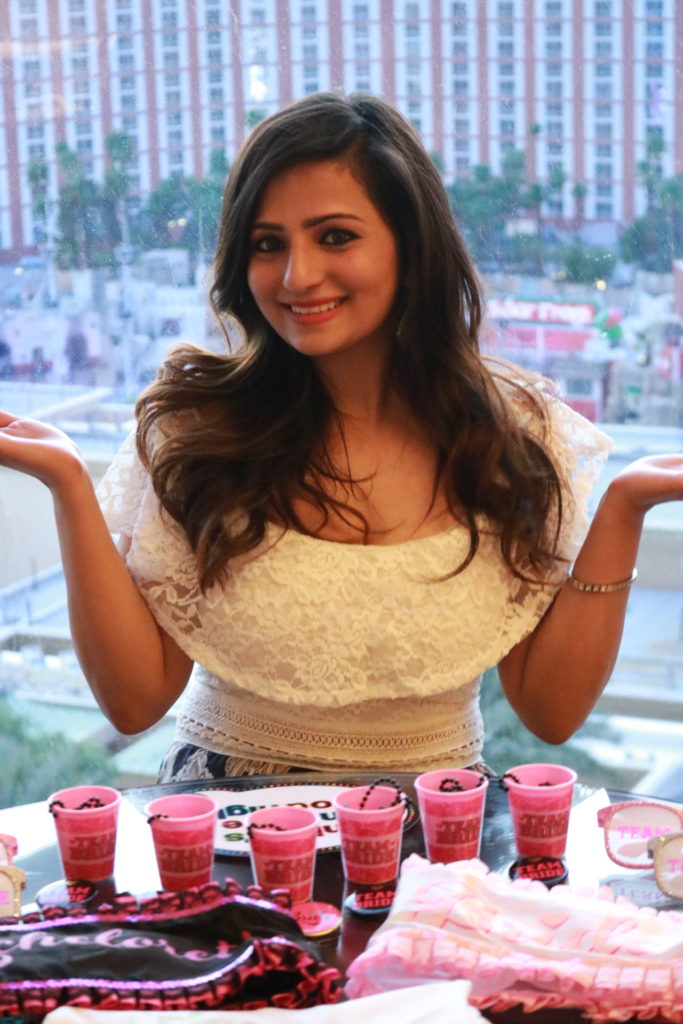 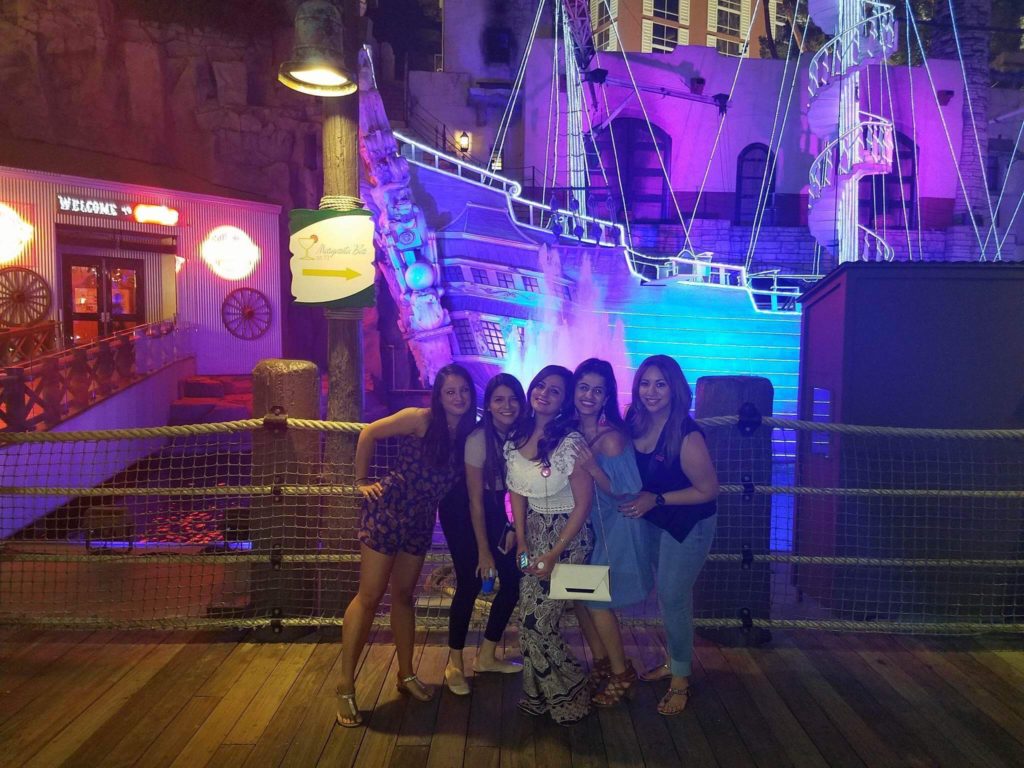 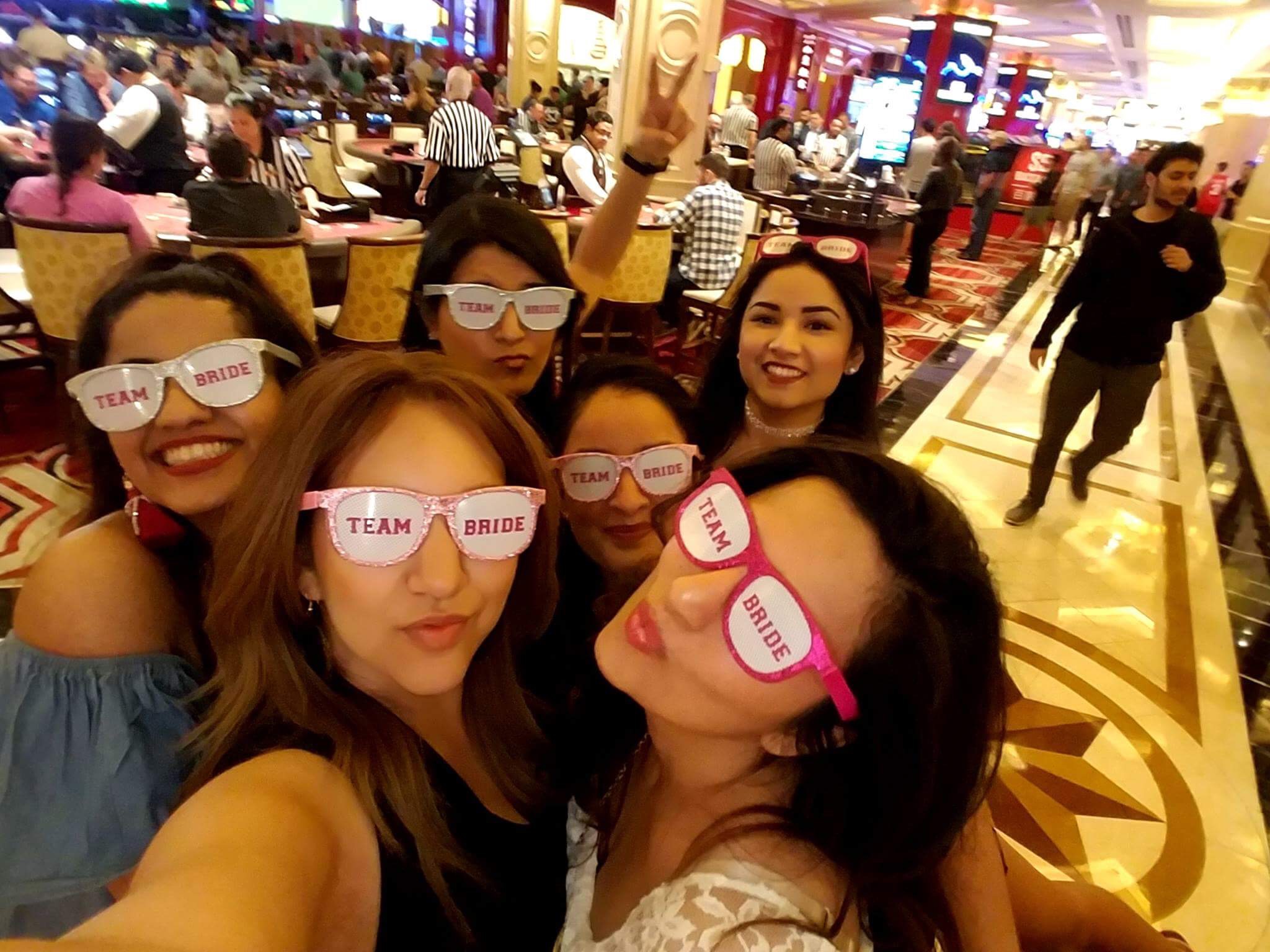 Second Day was my absolute favorite. For some reason, we all got up around the same time and it was earlier than we expected we would. We went to “Bouchon Bistro” for breakfast. Let me just say, if you are reading this blog and happen to go to Vegas, Breakfast at Bouchon Bistro is a must-try. After all that filling and tasty breakfast, we got ready in our ” Team Bride” t-shirts to go and have some fun with ATVs. OMG! it was so so so so so so much fun. I am not going to lie, I was a little nervous at first but in 30 minutes I was speeding like a pro :P. (Okay Okay! maybe not a pro but you get the point). We all put our helmets and gloves, sat on our ATVs and Vroom Vroom!. Of course, the instructor was in front of us to lead the way through the desert. However, I must say it sure was a workout. We were on those ATVs for about 2 hours in the heat. As soon as we were done – our bodies started aching or at least mine was. But before we could go to our relaxation modes- our tummies were screaming for food. We decided to go to “Grand Lux Cafe” for lunch. It was during the happy hour time, therefore the food was inexpensive. Nonetheless, even with the inexpensive price, the food was so good and it hit the spot for all of us. Our server was super nice and brought a little dessert at the end of our meal for our “Bride to Be” that said Have a Grand Day! Once we left Grand Lux, and our tummies were super happy but our bodies were still in pain. We put on our bathing suits and hit that jacuzzi. Sitting in a Jacuzzi never felt better than that moment. Since it was a Friday night, of course, we had to go out 🙂 We decided to go to TAO for dinner and club. but we were so disappointed with Tao’s food ( which I was surprised because I love the one in NYC).We skipped the club and instead put on our comfortable dresses or rompers and went back to the strip. We walked almost the entire strip and we sure got a lot of attention. We were not only a group of pretty girls 😛 but also dancing and singing the entire way. I must say it was my favorite night of this trip. 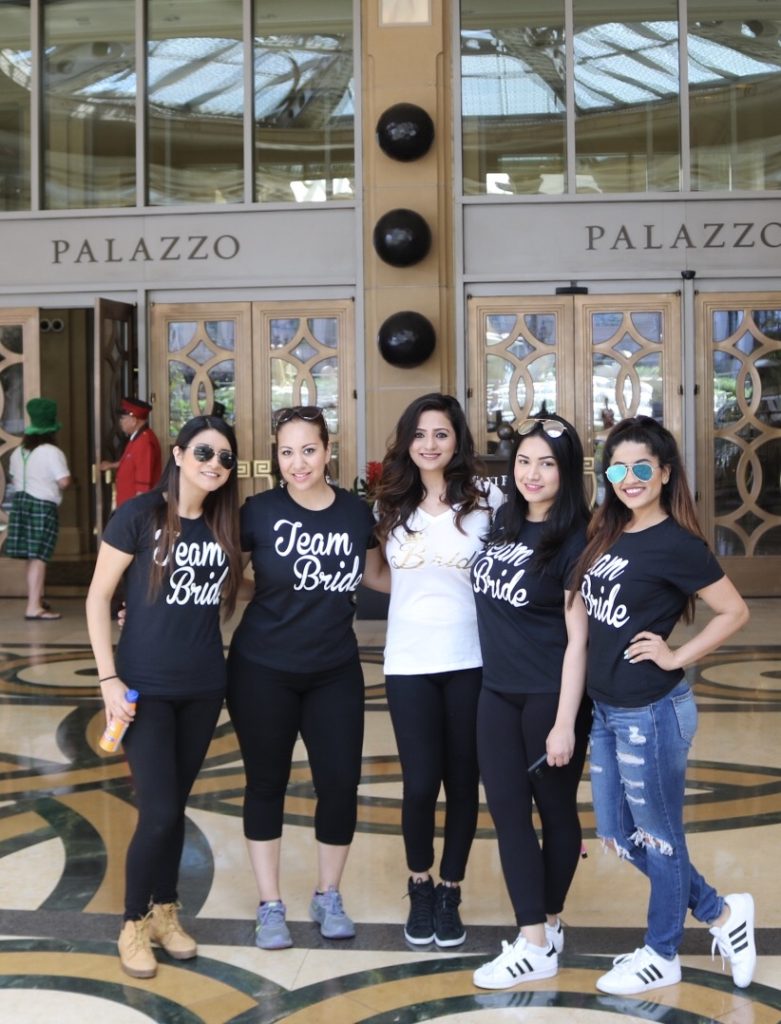 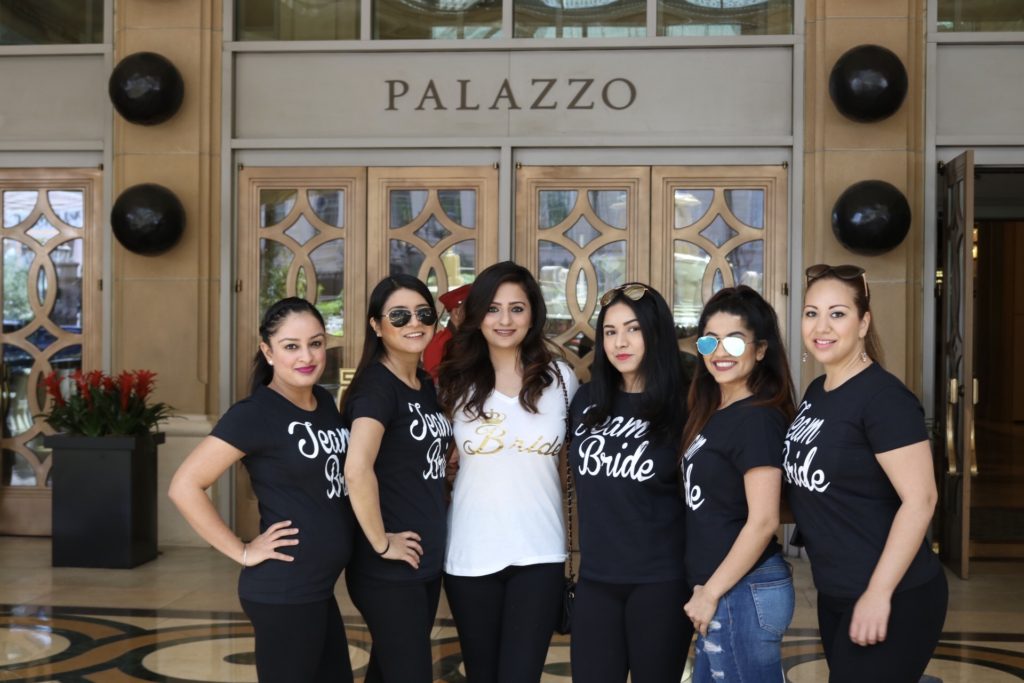 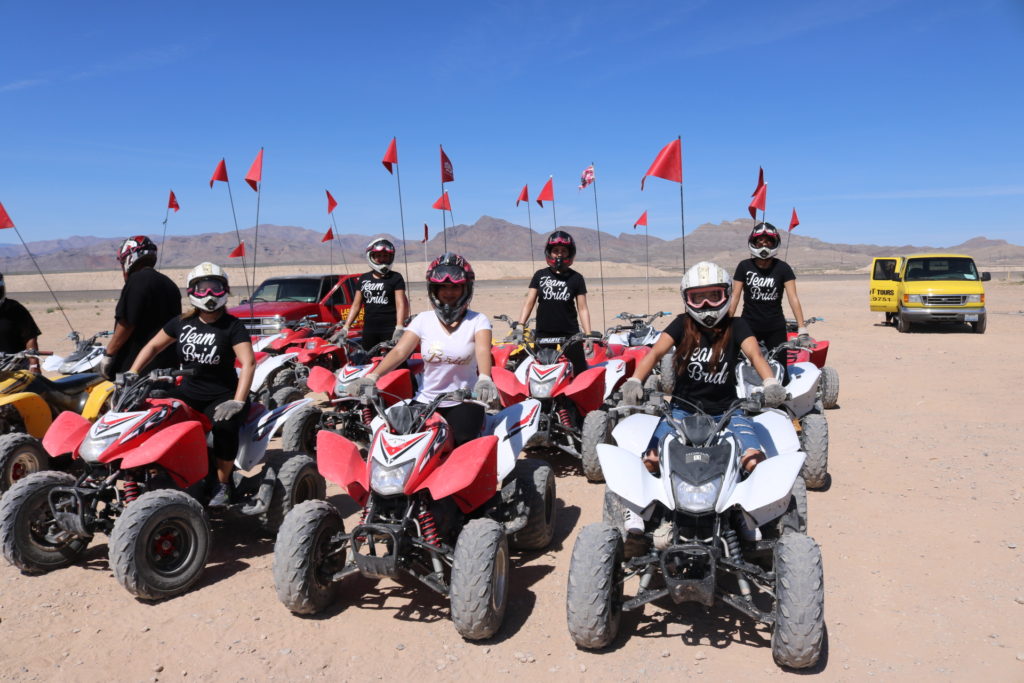 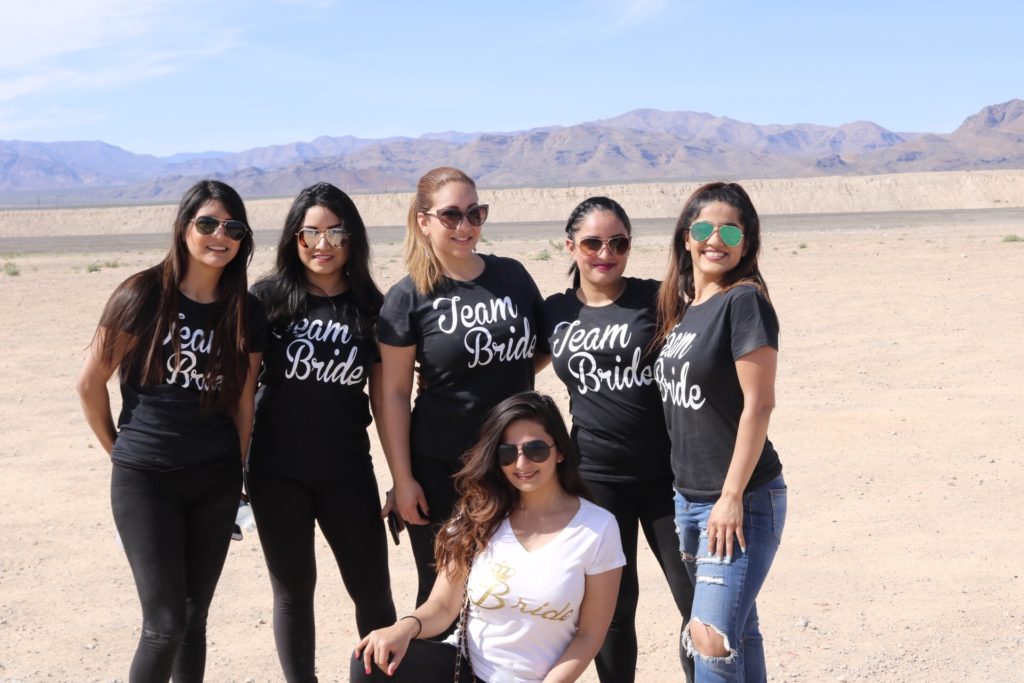 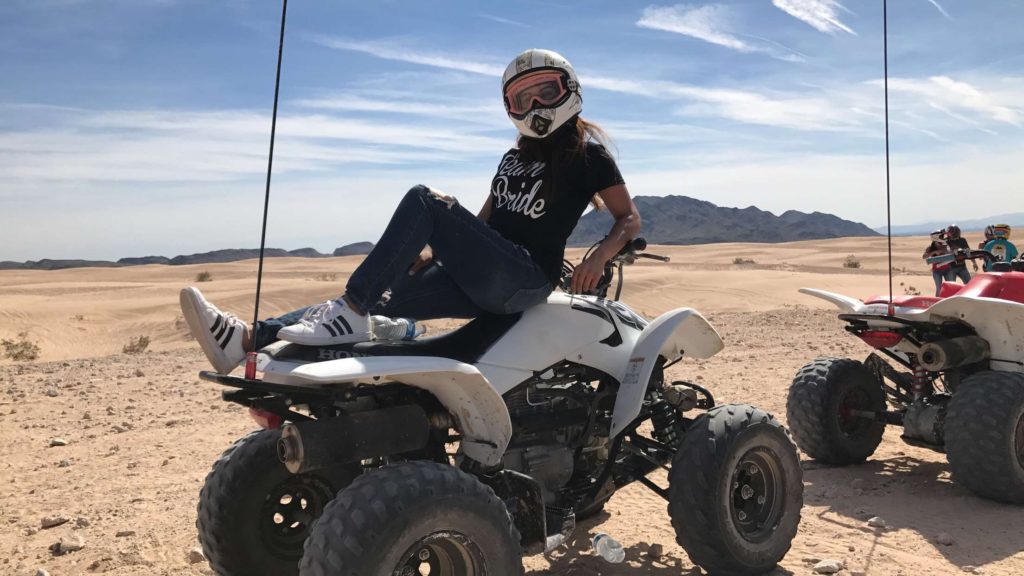 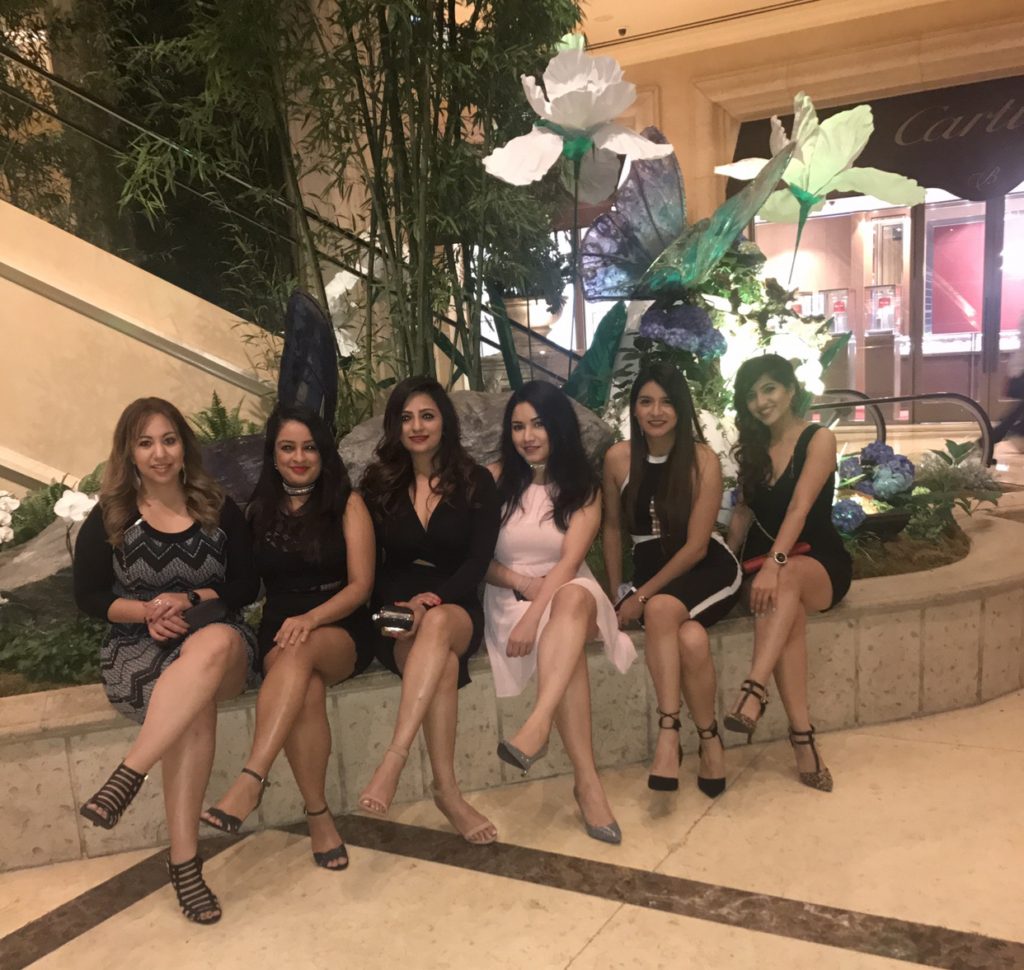 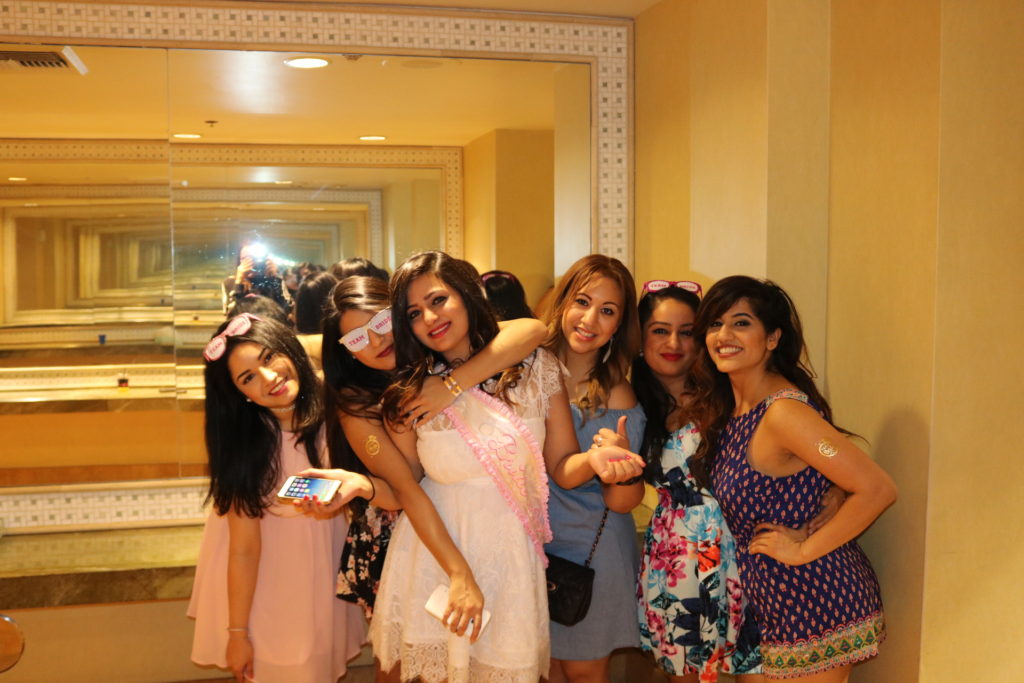 On the day three, we were just so darn tired that we got up, got some breakfast at Grand Lux Cafe, and went back to sleep. We got up late afternoon and started getting ready for the night. We went to Jaleo in Cosmopolitan for Dinner and ordered a bunch of Tapas. The food was not only delicious and filling but at the same time, the presentation was on point. One of the tapas was served in a shoe HAHA. They even had decent Vegan/Vegetarian options for me. After coming back from Jaleo’s we decided to put on our sneakers and head out for the strip again. We visited few hotels and passed few casinos. We were all again dancing and singing along the way and this time I was carrying mini speaker to play our own music throughout the way and I must say we sure were loud. This was the first night we finally made it to the end of the strip but by the time we got there, we were tired and took the cab back and slept away LOL. 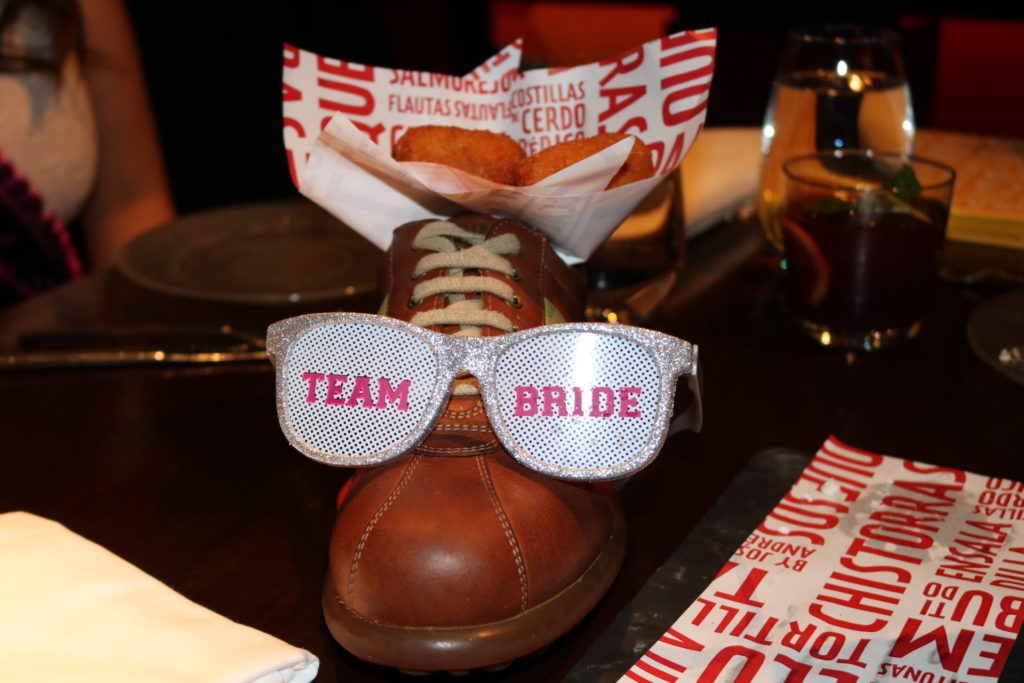 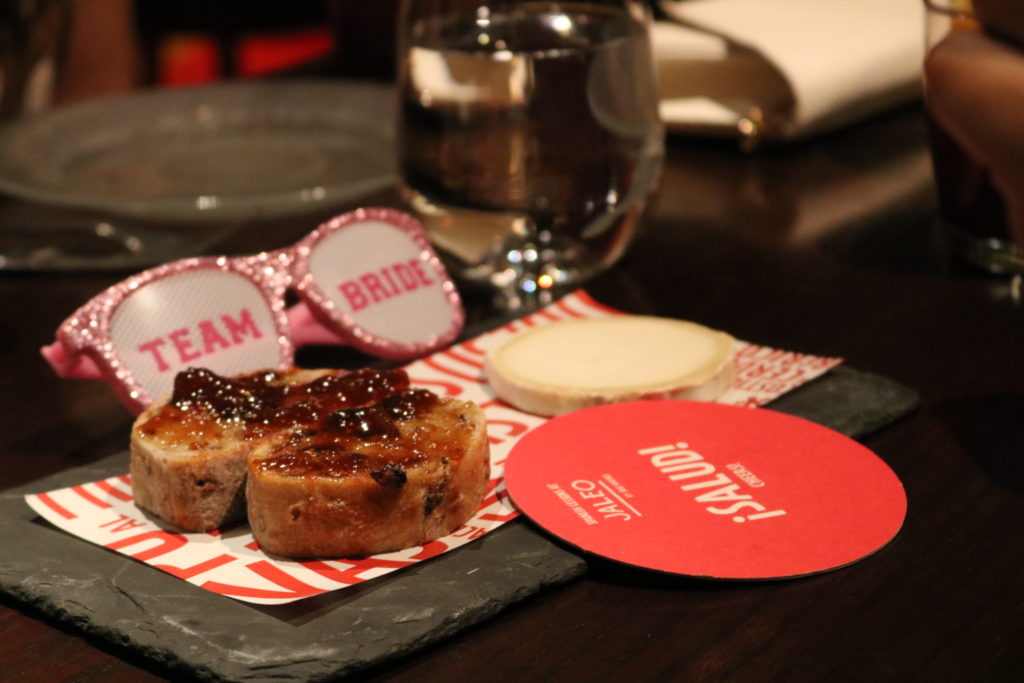 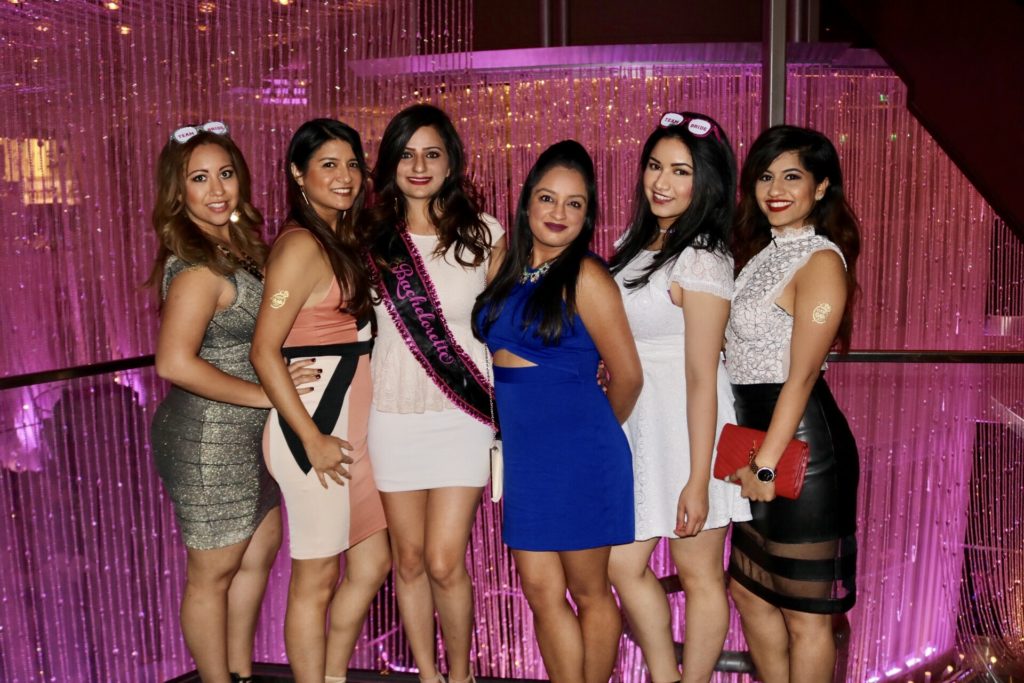 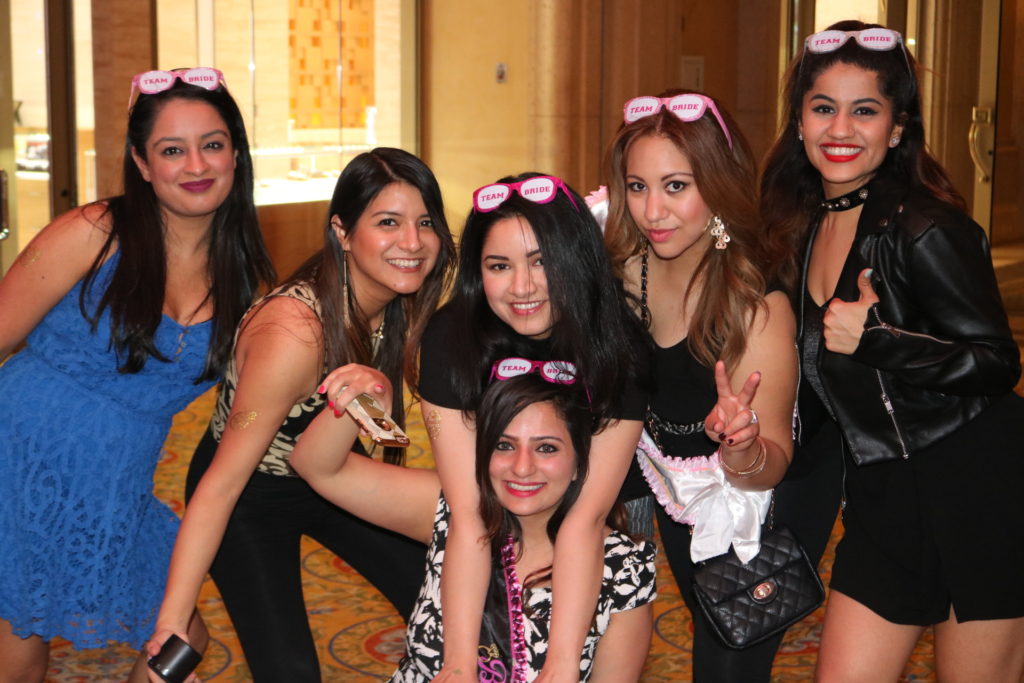 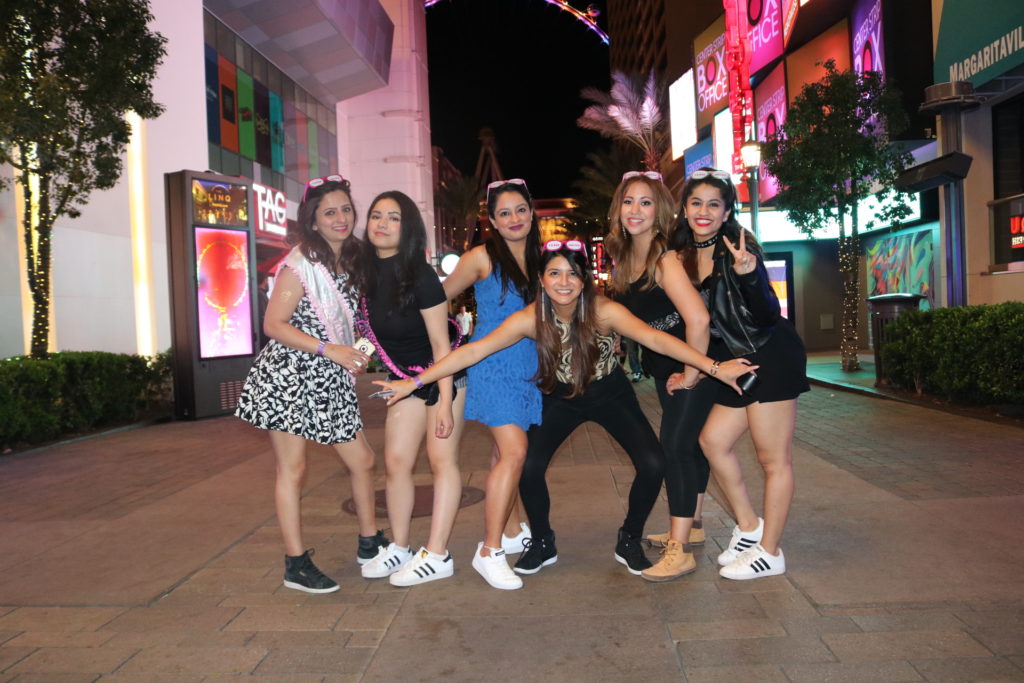 Sadly, day four was the last day for my friends. We started the day with eating breakfast at Bouchon Bistro again. This time we got to sit outside and I loved it. Right after breakfast, we finally decided to go visit different casinos and see the strip in the daylight which I was most excited about. I found the strip in the daylight much more beautiful than the night with all those lights. That’s when I got to see a replica of ” Eiffel Tower” which I kept bugging my friends that I wanted to take a picture in front of it. Since the age of 12, I have been wanting to go to Paris and see Eiffel Tower because of a cheezy Indian movie. I got to take a picture in front of the fake on :P. I also go to see the fountain show at Bellagio. It was so good that I stayed there for 20 more minutes to see the second one. For some reason I felt like I was in NYC for a bit, I don’t know why.  I so wanted to take a ride on gondolas but couldn’t. There is just so much to do in that city. Architecture of this city is out of this world.  Anyways, after roaming around the strip we got to Pallazo and had our last lunch together at Grand lux Cafe again. Soon after our late lunch, everybody left towards the airport and I packed up to check in my next hotel Lucky Dragon. I booked that hotel because of it was closer to downtown and also because I only paid 18 dollars due to my Expedia points so it was a win-win situation. I decided to stay in that night, Netflix and chill and slept the night off. 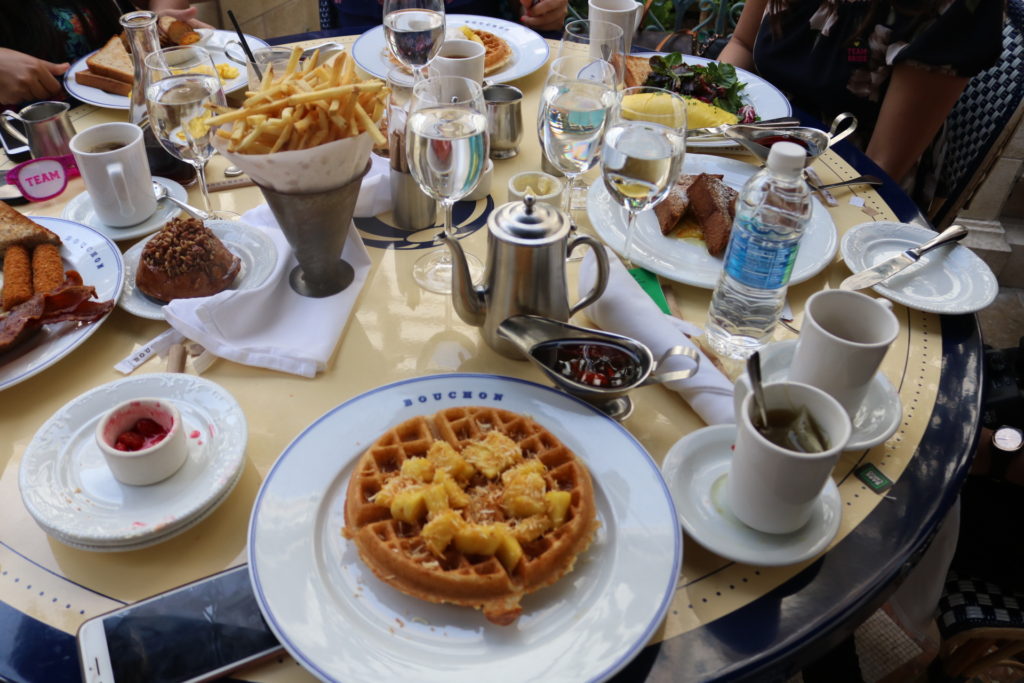 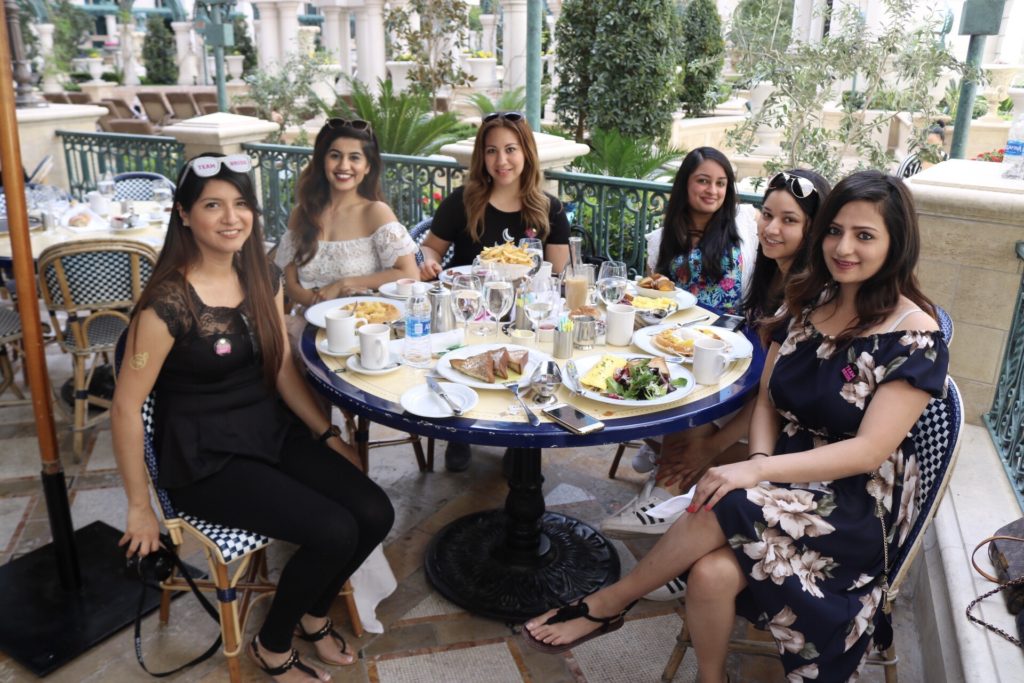 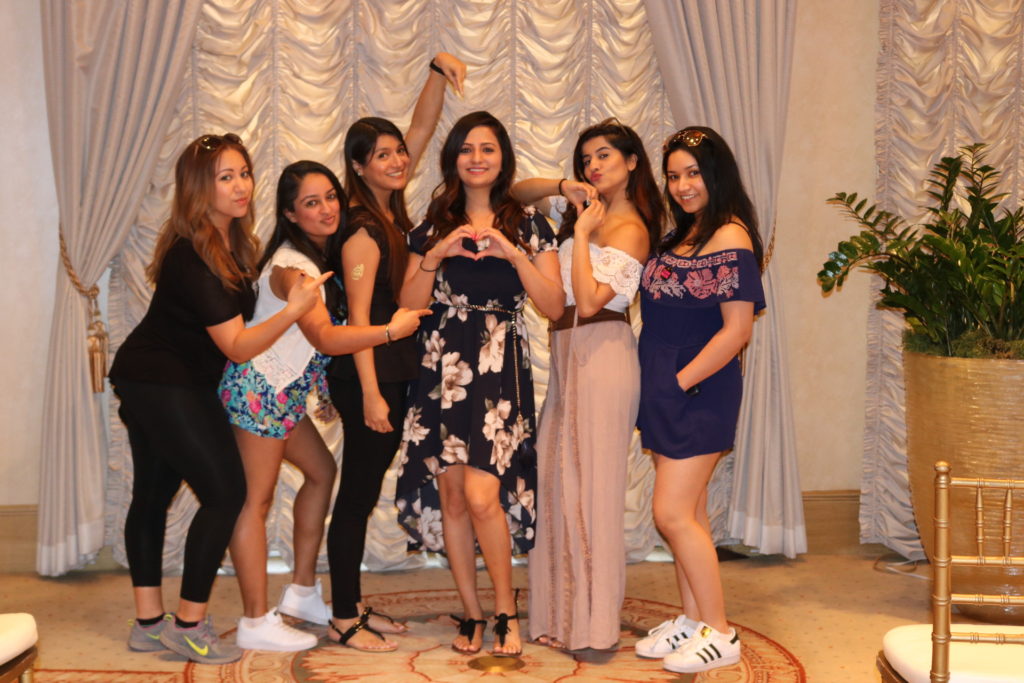 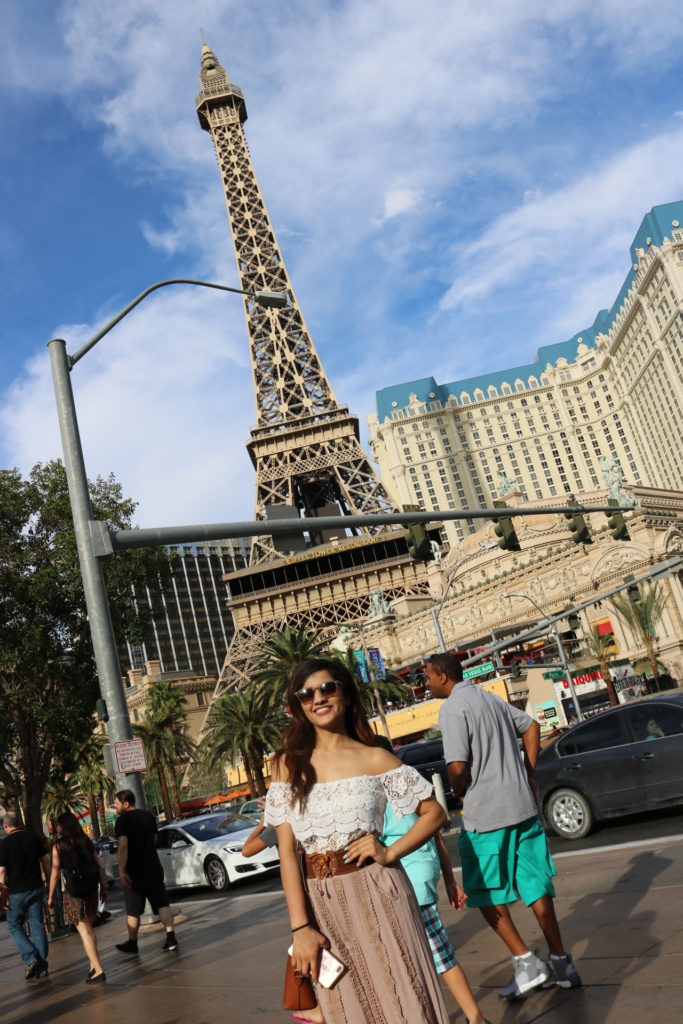 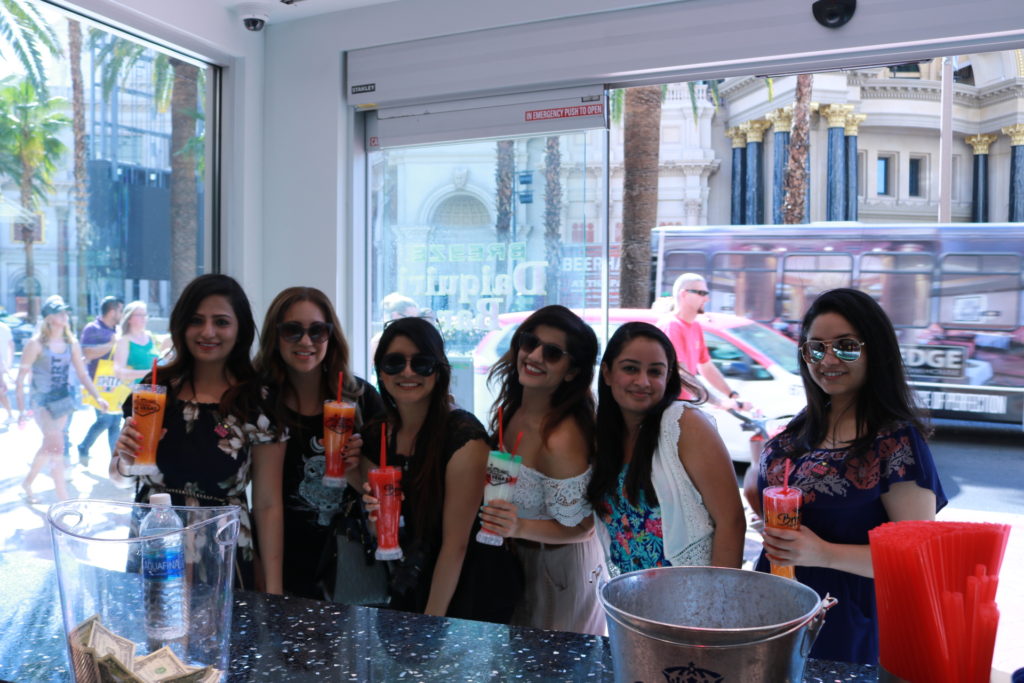 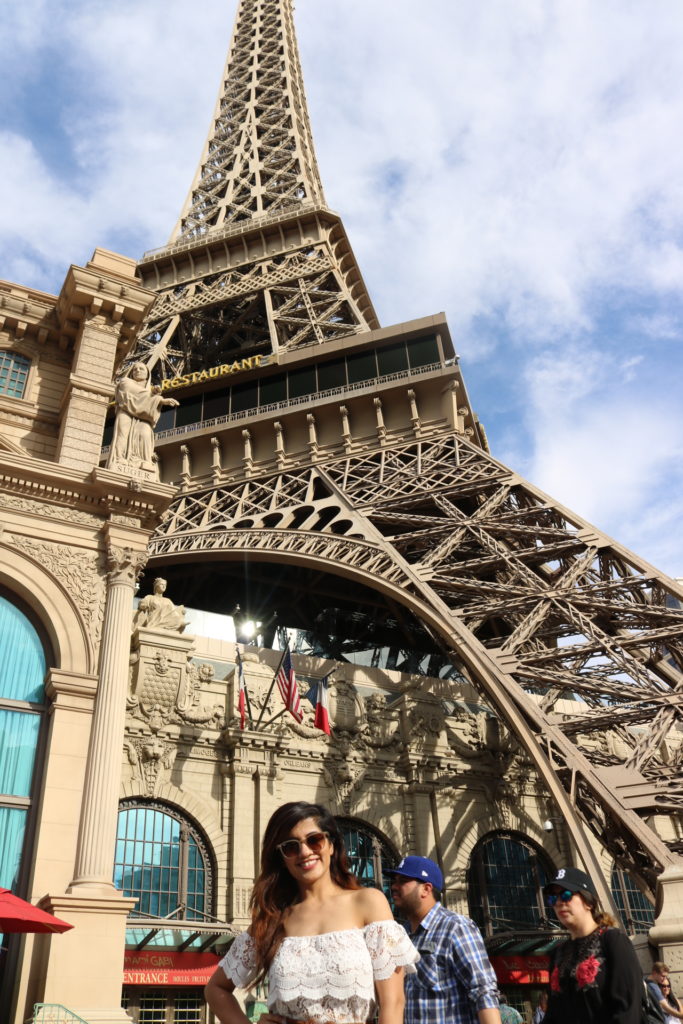 Day Five was my second favorite day of this trip. I got to hang out with a Fellow Fashion Blogger named Tyler ” Thriftandtangles” and a photographer Kenny “okennichiwa“. Before going to Vegas I had sent out a DM to couple fashion bloggers in Vegas asking to collaborate. Tyler was the first one to respond and I am so happy she did. She is beautiful inside out. We started our day with having brunch at Makers and Finders in the Art District. We ordered food and drinks and started taking pictures of it CLICK CLICK! yup, that’s how you know, you are eating with a blogger. And the funny part is we get each other – the struggle of taking that perfect Instagram photo, we get it! That brunch was super fun, we talked and shared some laughs for at least an hour. If you can’t tell by her Instagram handle already, she blogs about thrifted clothes along with many other things. As a matter of fact, she took me to one of the closest thrift stores and after trying out few items I actually bought an outfit which was from TOPSHOP for 18 bucks. Isn’t that crazy? Well, I adore that outfit and I will be blogging about it soon.  Kenny met us when we were about to check out. Kenny is another gorgeous lady who is not only an amazing photographer but also into fashion herself.  I so told her to be on the other side of the camera once in a while because she is just beautiful. She had a thing for old and antique cameras which was cool. Anyways, we started the photo shoot as soon as we got out of the thrift store. We both took pictures in about three outfits at various locations including Container Park. By the time we were done with all the three outfits, it was time for me to leave. I waved them and Vegas City goodbye until the next time! 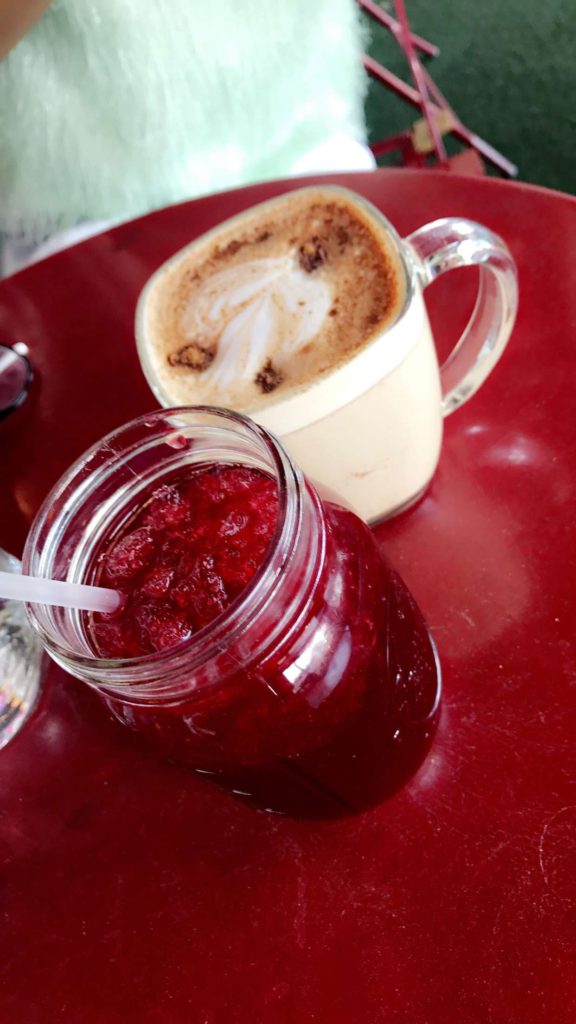 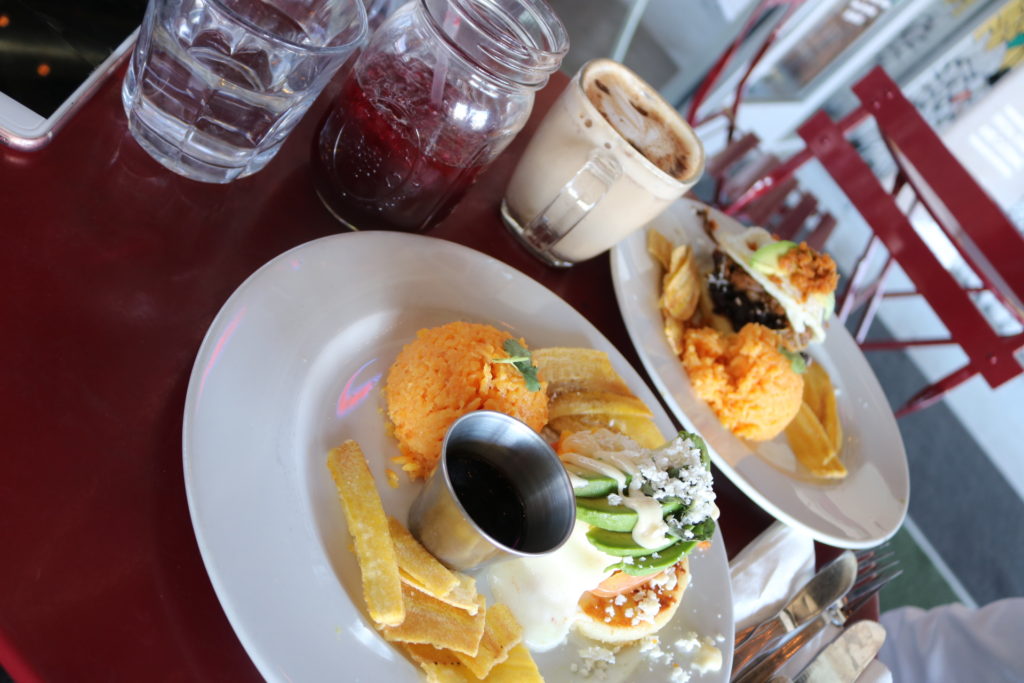 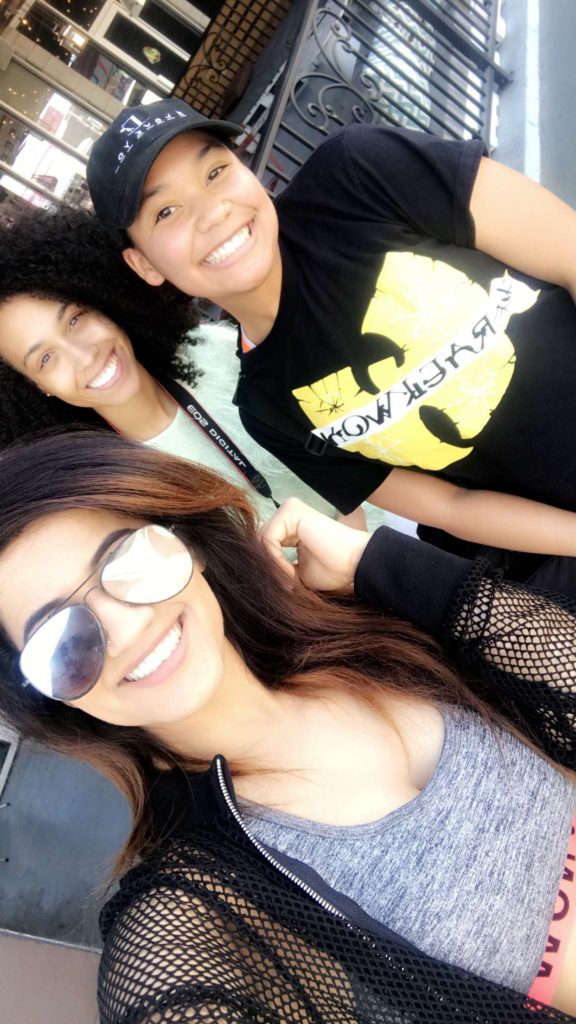 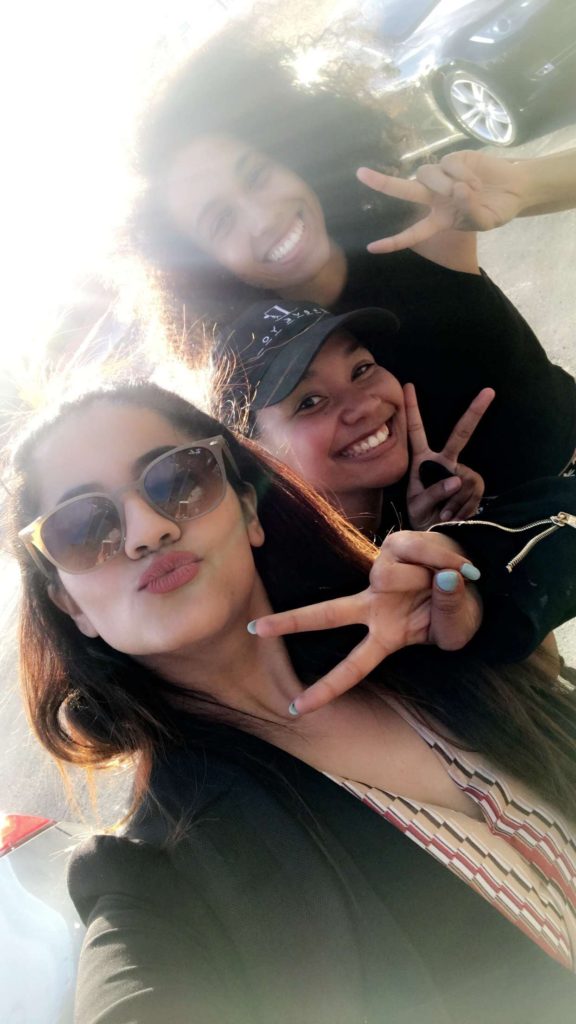